Homebuyers looking for new homes in Williamsburg would do well to consider a lesser-known alternative- Toano. This town is not far from the popular cities of Yorktown and Williamsburg but gives buyers the opportunity to live close to nature near the mighty York River. Residents have the option of commuting to south Hampton Roads, the Peninsula or Richmond for employment, shops and international airports. The unspoiled environment is perfectly complimented by some of the pristine new home communities in the area. Pastimes are abundant in this neck of the woods, so new owners can lead healthy, active lifestyles while still finding time to relax with family and friends.

Most Virginians are familiar with Williamsburg and its historical flair but not everyone knows about the hidden gem called Toano, which isn't too far away. This sleepy, little town is located northwest of Williamsburg along the Interstate 64 corridor in James City County. Taking Route 162, drivers will continue north out the America's Historic Triangle, passing the unincorporated towns of Lightfoot and Norge along the way. Don't forget those cameras to take advantage of the beautiful scenery consisting of woods, marshes and rolling meadows. Notice how new homes mesh nicely with century-old farmhouses. It's not much further now.

Toano is filled with fun activities and exciting things to do. This place has a friendly atmosphere with a casual vibe. Outdoor enthusiasts will never tire of the endless pursuits at the nearby parks such as James River Park and York River State Park. Residents can enjoy fishing, boating, camping, mountain biking, kayaking, sailing, rowing and more. Golfers have their pick of prestigious courses including The Tradition Golf Club at Stonehouse, Colonial Heritage Golf Course, Golden Horseshoe Golf Club and Williamsburg National Golf Club. Several of these clubs offer swimming and tennis facilities for even further enjoyment.

Finding new homes in Toano isn't hard at all when buyers know where to look. The Stonehouse developments offer first class amenities and beautiful homes in picture-perfect settings. Stonehouse Glen is a lovely community that features Laurel Grove Park, which includes a clubhouse, pool, playground and more. Mill Pond at Stonehouse consists of five planned neighborhoods. Buyers can choose from reasonably-priced homes, new townhomes, houses overlooking the golf course and luxury houses. These residents have access to a clubhouse with an exercise room, pool, garden and picnic facilities. The Preservation at Stonehouse will allow for new homes to be built in this striking location that could only be found in Virginia. Residents can enjoy Richardson's Mill Pond Park with its pavilion, fishing pier and picnic tables. Toano caters to homebuyers who want everything and aren't willing to compromise.

Select a city above to view the new home communities available in that city. 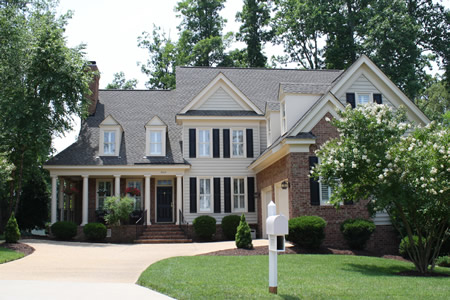 Notice: This free community resource was developed from public information by Simonhouses.com and does not imply that SimonHouses.com nor Wainwright Real Estate are the listing agent/company at this community. Homes shown in pictures above are not necessarily for sale. All photos are strictly for informational purposes only. If any of these homes are currently listed, this is not intended to be a solicitation. The average home prices in neighborhoods listed above are periodically gathered from public resources; all information reflected here is deemed reliable but not guaranteed. Read our full terms of use »